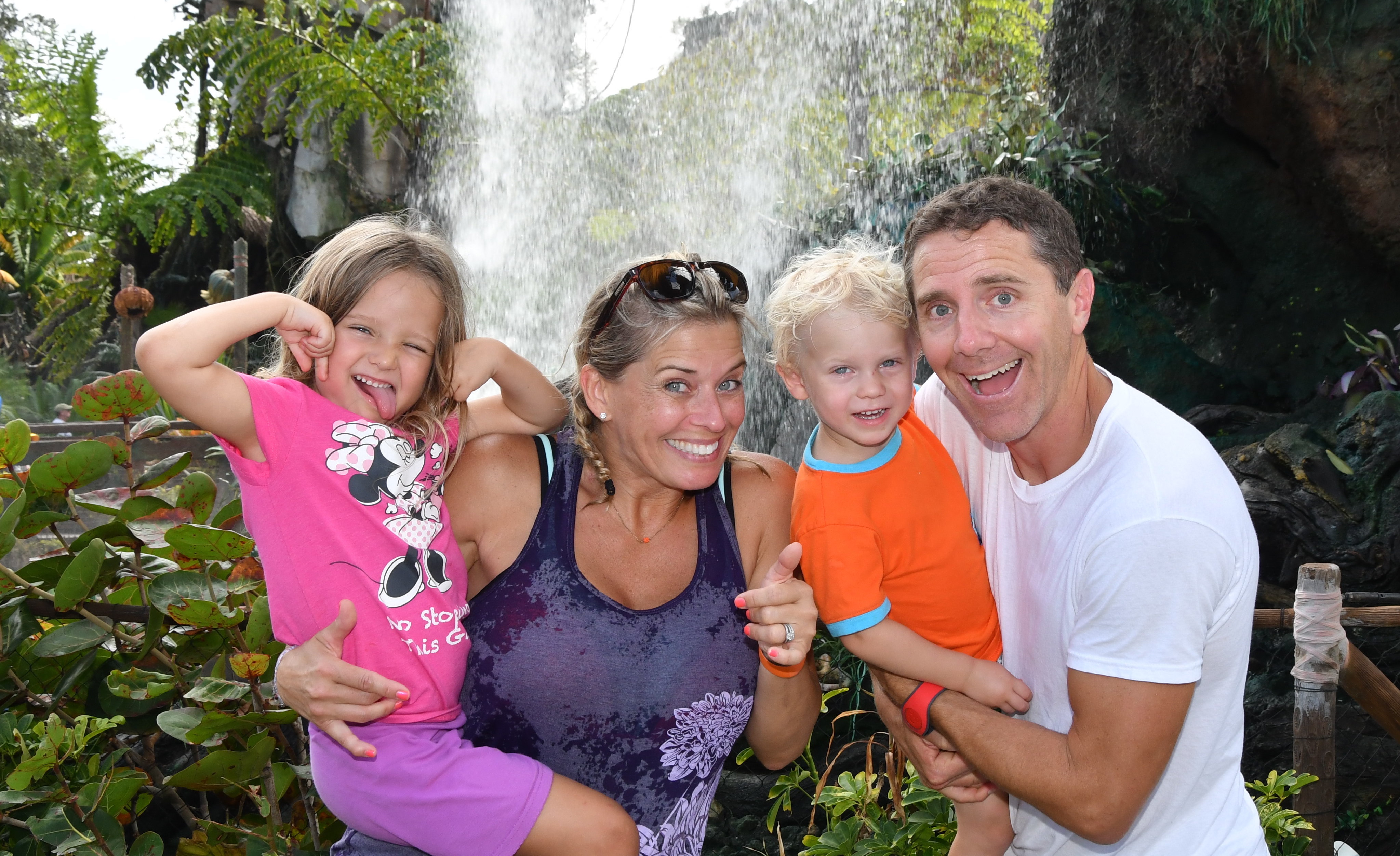 Hello! I’m Scott Taylor, husband, and father to two incredible, loving kids – my oldest starting kindergarten next year. If you’re like my wife Cally and I, your child’s education is very important to you.

Four years ago Cally and I launched a small Acton Academy in Ann Arbor, now run by the wonderful Mrs. Erin Turri. At that time, it was one of 16 Acton Academies around the world. Today, there are over 200 and growing, all started by families who’d like their own children experience education like this. I’m excited to have this rare opportunity to offer the Acton Academy curriculum here in our hometown community of Brighton, for your children and my own!
‍
When I first came across Acton, a lot of their approach seemed counterintuitive – no lecturing, no homework, and mixed aged – just to name a few. But I loved the idea of quest-based projects. I loved Acton's social nature. I loved how each student progressed individually based on mastery instead of to a fixed calendar. I loved that students were learning how to teach themselves and each other. I loved that children were being encouraged to explore and find their passions. And I loved that children were learning goal setting and how to think entrepreneurially.
‍
The more I researched, the more I realized Acton was ahead of the forefront of education. Every concept that seemed “upside down” to me at first, I discovered had important reasons behind it. The more I learned, the more I knew this is how I wanted my kids to experience education (my wife was pregnant at the time with our first).

It turned out I wasn’t the only one. Other families around the world were starting to come across this best kept secret. Fortunately for all of us, Jeff and Laura Sandefer, the family who founded Acton Academy, were beginning to share their materials with a select few.  I decided to dive in.

If you live in the greater Brighton area, we will gladly gift you the book, 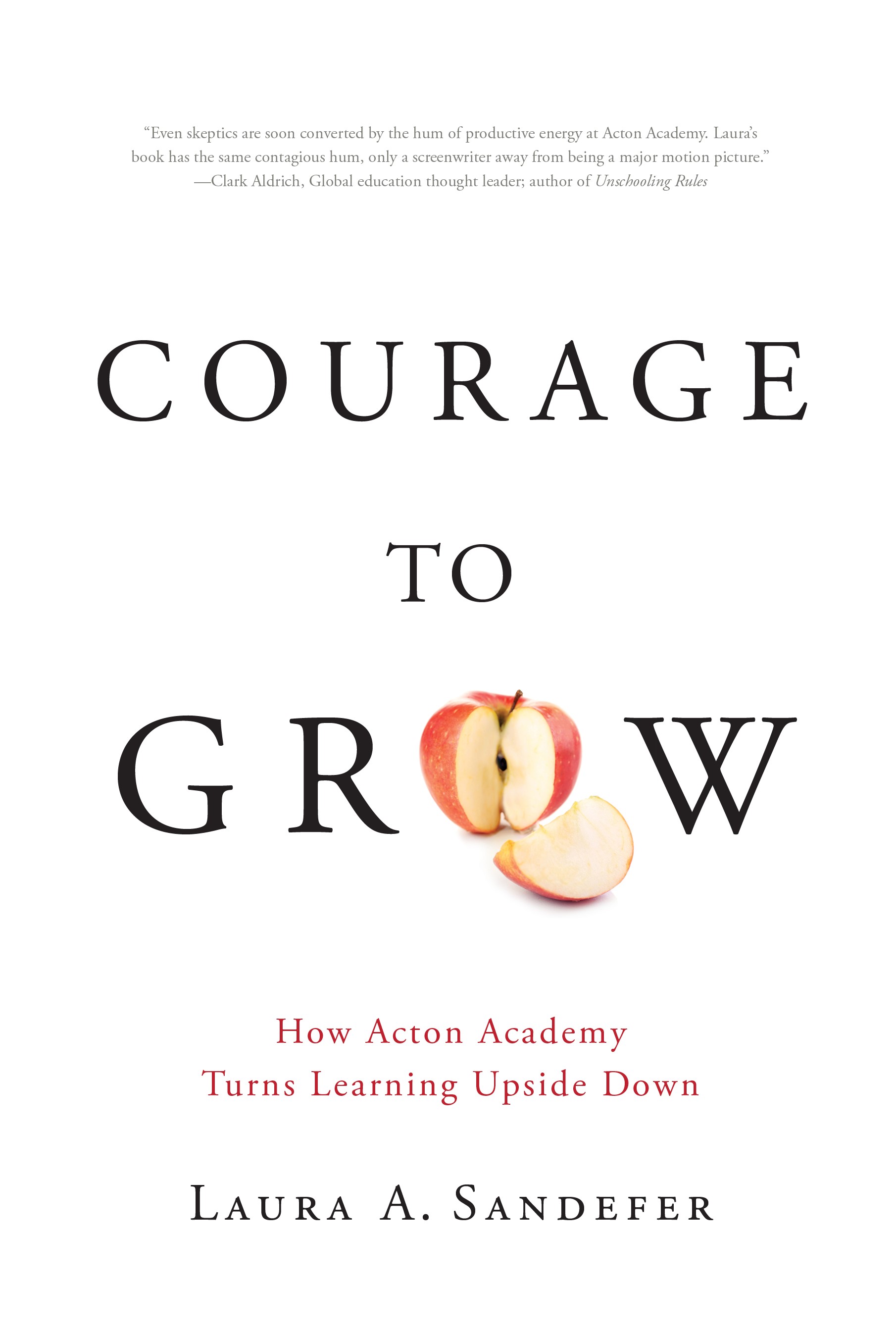 If you live in the greater Brighton area, we will gladly gift you the book,

"Acton Academy is one of the most important education developments in the world. The story behind the ideas, the school, and the movement is a must read.”
‍
Tom Van der Ark, CEO of Getting Smart

"Acton Academy is one of the most important education developments in the world. The story behind the ideas, the school, and the movement is a must read.”
Tom Van der Ark, CEO of Getting Smart

Thank you! Your submission has been received!
Oops! Something went wrong. Please double check all fields are filled out. If the form is not working, please email me directly at scottktay@gmail.com. Thank you, Scott

History of the Acton Academy Network

Despite spreading like wildfire across the globe, the growth of the Acton Academy network has never been part of a grand plan - more like a series of fortunate accidents.

Below, in an excerpt from Courage to Grow, Laura Sandefer describes the accidental launch of the first Acton affiliates.

Excerpt from Courage to Grow

I was just beginning to see what was happening—parents who tasted Acton Academy wanted one for their own communities. We had seen this very early but never thought it would actually happen. Within one year of opening our doors, however, an old friend came knocking. Would we please let him start his own Acton Academy?

Acton Academy Guatemala City was launched. Juan valued the principles of freedom, truth, learning, and excellence. “It is the shared principles that bind us,” he said. “I want for my children what I was able to experience as an adult under Jeff’s teaching. Would you share this so we could open an Acton Academy?” A month after their visit, Juan had already found families who would enroll their children. And with that, Acton Academy Guatemala City began to take shape.

Then came Acton Academy Venice Beach. Several goodbye parties later, we found ourselves with two Eagles attending our school from Venice Beach, California. We quickly discovered this was not a sustainable option. “They tried to live on Texas time in California,” Dani told me after two weeks. “But it’s just too tiring to get up that early for the morning group discussions. I have another crazy idea. Can I start my own Acton here?” I was getting used to crazy ideas. Without much thought I said, “Sure, and you can call it Acton Academy Venice Beach!”

Were we going to actively spread the Acton Academy model or let it spread organically, like a grassroots movement? I remembered a Skype call I had that day with a young single woman in Denver, Samantha Simpson. She was applying to be our apprentice guide and closed the interview by saying, “It would be my dream to open my own Acton Academy someday.” Open your own Acton? Something was happening that was bigger than the two of us. People were quietly waking up to a new idea of “school” and we just happened to be in a position to equip others to build their own. I shared this interview with Jeff and he said, “Should we plan for 100 more Acton Academies—or 1,000?”

By our fourth year, there were four new Actons opening, and we were receiving email requests every day for information on how to start a school. Our criteria for accepting new owners once we knew they believed in the mission? Just two things: their own children would attend their school, and they had experience running a successful small business or community project.

Like the Children’s Business Fair, which took on a life of its own and grew without our paying much attention to it, Acton Academy was lighting a fire in the bellies of parents who wanted something different from what conventional schools—public or private—were offering. They may never have imagined themselves as school administrators but were willing to take action on behalf of their children.

Our own Eagles began to feel part of something larger than our little campus. What Juan and Dani had started by taking Acton to their communities had rippled across the United States and beyond. And the Eagles felt the swell of opportunity. They were part of a global community.

March 5, 2017—I looked over at the world map hanging on the studio wall. There were forty-seven bright-pink sticky notes marking new Acton Academy locations around the United States and in Canada, Guatemala, El Salvador, Malaysia, Honduras, Panama, England, and beyond.

Thinking back to 2009, when I sat with seven children and two guides on our green artichoke rug, I laughed to myself. the scene before me had never been in our plans. We were simply doing what we thought was best for our own children, building the airplane as we flew it, each day writing a plan for the next, and hoping our seven Acton Eagles would remain airborne.

Although it began as an ambitious extension of homeschooling, as of early 2017 Acton has now grown into a worldwide community of over 800 students in more than sixty locations in eight countries, and it’s growing every week. Many communities are small—not more than 7 to 10 students—because they have only recently opened. The more mature locations are nearing a maximum size of 120 young people and are already spawning new communities. We currently have 5,300 applications in our pipeline from parents around the world wanting to open one for their own children. Our small school is set up as a not-for-profit 501(c)(3) organization driven by efficiency and accountability in operations so that the focus remains on our mission.

Your questions are always welcomed. Please feel free to call, text or email us,
Scott & Cally Taylor
Brighton, MI
c: 586-337-9300 or scott@ActonBrighton.com
We look forward to meeting you and your family!